, so this was Koh-I-Noor

makes a good one for this). Yeah it's a chore, but it's worth the time and effort because out here in the "stix" I have to order all of my higher quality supplies online.
not my first experience with the product. I have used them for several years- since Derwent first released them. I love them so much that I use them down to the tiniest nubs! Sometimes I even take the core out of the wood case and use it in a lead holder.

The earthy browns (chocolate, sanguine, sepia red, ruby earth) are quite rich, while the black and white are the most opaque of all of the colored pencils I have ever used. This was the first time I have tried the blues and greens in this line. The Derwent 12- piece

set has the following colors:

Many of the shades are muted, but not weak or dull. Earthy tones are very rich, and they layer and blend quite well with other colored pencils. I use them along with oil and wax types including Derwent Artist

I only wish I had bought a larger set because now I want to try all of the colors!
Posted by Pumibel at Friday, August 07, 2015 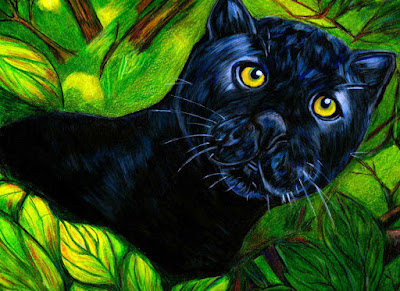